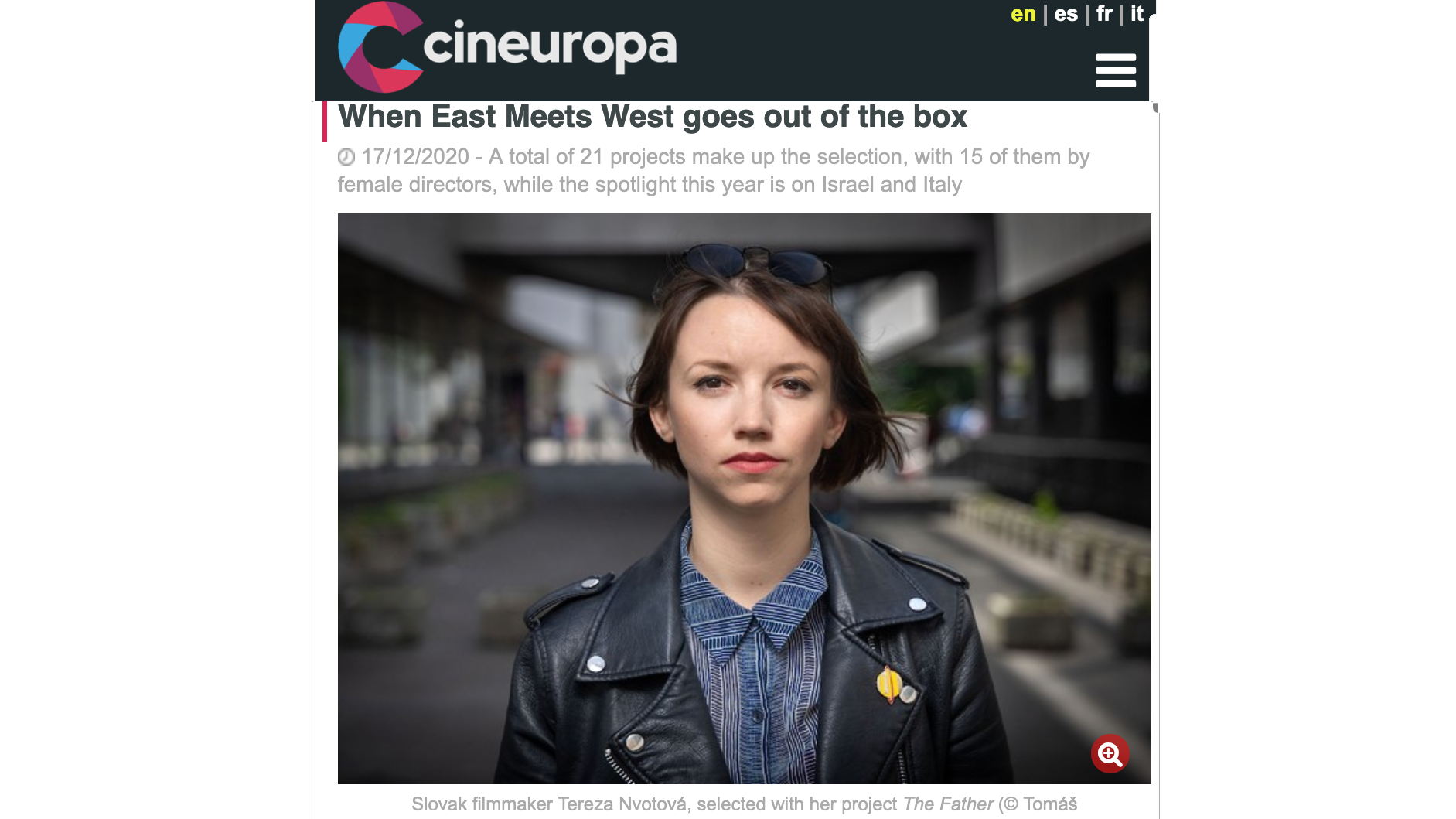 The 21 feature-length projects in development – 11 fiction films and 10 documentaries – came after 387 applications from 56 countries, an increased number of submissions that beats last year’s record. Among the selected projects are the upcoming films from Italian director Emma Dante, who competed this year in Venice with The Macaluso Sisters [+]; Slovak filmmaker and actress Tereza Nvotová (Filthy [+]) is presenting her new work; Alessandra Celesia (Anatomia del Miracolo [+]); and Israeli filmmaker Tawfik Abu Wael (Last Days in Jerusalem [+]). Moreover, four participants will be attending with their sophomore projects: Sara Summa, whose debut The Last to See Them [+] was last year in Berlinale’s Forum; Lithuanian writer-director Marija Kavtaradzė (Summer Survivors [+]); Polish documentarian Jaśmina Wójcik (Symphony of the Ursus Factory [+]); and Ukraine’s Antonio Lukić (My Thoughts Are Silent [+]). Furthermore, among the debutants are Giulio Mastromauro, this year’s winner of the David di Donatello for Best Short Film; French director and photographer Salomé Hévin; and Australian filmmaker of Macedonian descent Goran Stolevski.

The eleventh edition of Italian co-production forum When East Meets West (WEMW) is taking place from 25-28 January, within the framework of the 32nd Trieste Film Festival (21-28 January), and is welcoming 21 film projects hailing from 14 countries. This year, the East & West spotlight is tuned over Israel and Italy. This will be a special ‘out of the box’ edition, with the more than 500 invited guests able to enjoy the new WEMW digital space. The programme will create a special virtual experience for each participant, offering different ways to work, network, connect and, most importantly, have fun together.

About the selection, head of WEMW Alessandro Gropplero remarked: “We are very happy to see that our final line up will include 8 debut features and 15 films directed by female filmmakers. It is a clear direction we started several years ago, especially thanks to our long term partner EWA, and year after year it is showing great results in terms of the quantity and quality of applications. This year like never before, our project selection will be ‘out of the box’ and more diverse in terms of styles, genres, profiles, themes and countries. We are very proud and excited to present this line up as we are sure there is something for each taste.”

Apart from the usual meetings with attending professionals, each project will have curated meetings with the WEMW Business Angels, which are being selected in cooperation with EAVE and EURO DOC, to receive focused advice on co-production, financing, marketing, sales or distribution, depending on their requests. “WEMW 2021 will not only help selected teams to establish new possible connections with international partners, it will also try to accompany them in this challenging creative and financing process by offering concrete tailor-made advice”, added Gropplero.

As in previous years, the projects will compete for the Film Center Serbia Development Award, the EAVE European Producers Workshop scholarship, the Cannes Producers Network Prize, and the Flow Postproduction Award. Fiction projects will also be eligible for the Pop Up Film Residency Award, while all female directors may win the EWA Network Best Woman Director Award.

The other sections of WEMW 2021 – Last Stop Trieste, This is IT, First Cut Lab, MIDPOINT Cold Open – will soon announce soon their selections, while First Cut+ has already confirmed its films (read the news). Finally, among the out of the box activities, a WEMW lottery is planned and more are coming up.